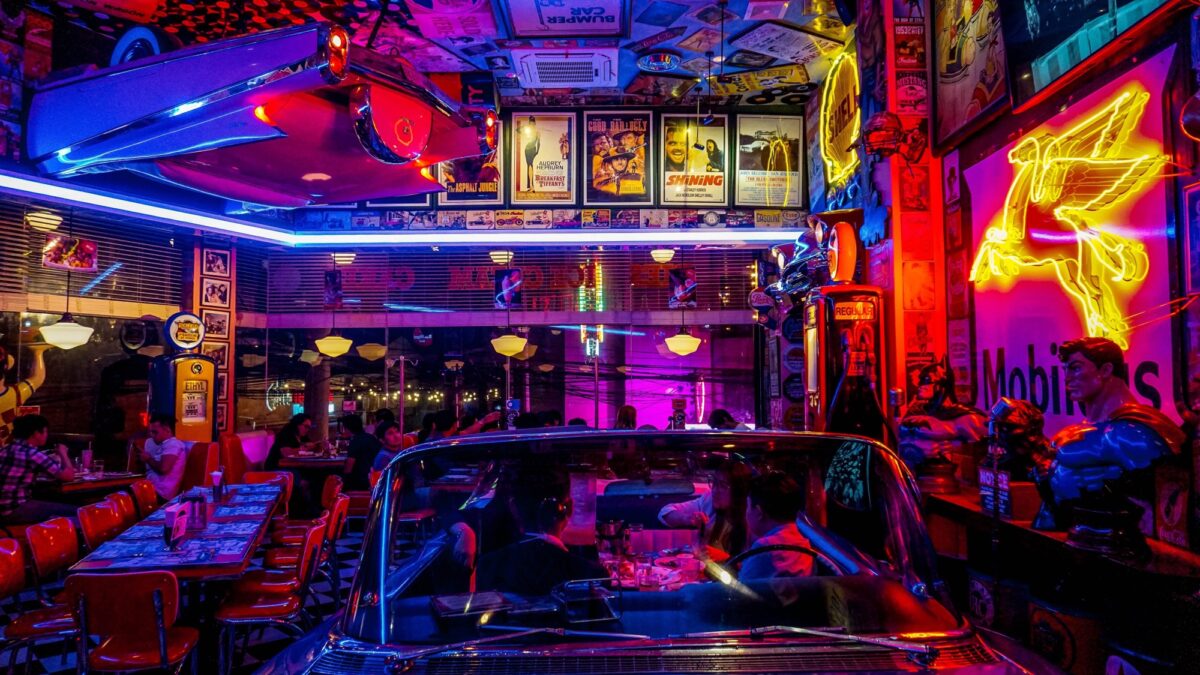 In Part one of the series “Extraordinary Gamification Examples That Changed the Food & Beverage Industry” we explored the examples of how Domino’s Pizza, Chipotle and 4 Food achieved competitive advantages by using Gamification and Human-Focused Design. In what follows, we will see some more examples that left their mark in the industry.

As part of the Silver Grill Cafe program, employees were awarded virtual game tokens for selling fresh-squeezed orange juice or a pack of cinnamon rolls. Then, participants could use their earned game tokens to play games and gain points that could be converted to spendable US dollars.

As a result, in the months after the gamification-based employee incentives program was implemented it was estimated that the Silver Grill Café realized an ROI of 66.2%. This means that for every $1 they invested in their incentive program they received an additional $1.66 in revenue due to an increase in sales of the targeted menu items. Not a bad return on investment!

When we look at the Silver Grill Café’s incentive program through the lens of The Octalysis Framework we see that it relies on a few Core Drives to motivate employees to sell more orange juice and cinnamon rolls:

We do not know how Silver Grill Café’s incentive program performed a few years after its launch but it is one of the earlier gems of gamification that shined in the Food & Beverage Industry and definitely a Gamification example worth knowing about.

In 2014 Pizza Hut implemented an initiative that included placing interactive touchscreen tables in some of their restaurants. The tables allowed customers to create and order customized virtual pizzas and also play games and pay online.

In the case of Pizza Hut we do not see a typical gamification example where users are rewarded with points and badges or placed on leaderboards. However, we think that in the case of Pizza Hut we see a good example of Human-Focused Design thinking where the company strives to create an experience that is optimized for people’s feelings, motivations, and engagement as the basic foundation for the overall system design.

Pizza Hut utilizes Empowerment of Creativity & Feedback (Core Drive 3) by allowing clients to create and order customizable pizzas. This makes people in control of their own choices while at the same time creates enjoyment and fun. Also using Core Drive 5: Social Influence & Relatedness the experience allows users to socialize in a more fun and engaging way while playing games or using the other capabilities of the interactive table.

Starbucks’ customer loyalty program “My Starbucks Reward” is probably one of the more successful Gamification examples in the restaurant space (even though the design is quite simplistic). In 2012 itself, the users of the program totaled 4.5 million and the cards alone accounted for $3 billion in sales.

As part of the program, users can collect Stars and earn rewards when they visit Starbucks. Every time someone uses their Starbucks loyalty card or mobile app when buying something, they earn Stars. These stars can then be used for exclusive Starbucks rewards, like free drinks, exclusive early access to new products and more.

Within the Octalysis Framework, the Core Drives that are a major source of motivation within My Reward are Core Drive 2: Development & Accomplishment (collect more Stars, increase in levels) and Core Drive 4: Ownership & Possession (the possibility of receiving virtual goods).

The reliance on these, mainly extrinsic, Core Drives madness the experience short term motivational, but long term not so much. Ideally, Starbucks needs to think about ways to incorporate more intrinsic design in their loyalty program.

The last gamification example we want to share is Coca-Cola’s Shake campaign that is considered to be the best Hong Kong marketing campaign in 35 years.

The campaign consisted of a television commercial that allowed people to shake their phones at the screen to catch different rewards such as mobile games, discounts, and sweepstakes entries. Viewers had to launch the Coca-Cola Chok App and shake their phones during the Coca-Cola commercial. The video was also played in theaters, outdoor spaces, and on YouTube, which essentially allowed anyone to Chok as much as they wanted.

The main Core Drives utilized by the campaign are Core Drive 7: Unpredictability & Curiosity. Curiosity about what gift they will receive made the campaign addictive and hard to resist. Moreover, the campaign utilizes Core Drive 4: Ownership & Possession with the possibility of collecting different items. So when people won something they wanted to play even more to win other items.

These were 7 extraordinary Gamification examples that according to us changed the Food & Beverage Industry.

Do you want to design similar engaging campaigns for your organization that boost your sales, customer engagement and improve your bottom line?

Don’t worry, we can help. The Octalysis Group has a long and proven track record of creating high ROI engagement designs.

Contact us for a free consultation.
ivan [at] octalysisgroup.com

Ivan is an Octalysis Gamification expert with more than 10 years experience in IT, Finance, Healthcare, Marketing, Media, and Telecommunications. He has a broad experience in Behavioral Design and in designing and developing Gamification solutions that engage people and increase loyalty.