Back in 2003, I had an epiphany that changed my life. I had just quit playing Diablo II and I felt a rush of emptiness.

I spent thousands of hours becoming strong in a video game, but once I was done with the game, all that disappears. I’m still at the same place in life.

It was then when I went on a life journey to make games more meaningful towards our real lives.

At the time, I had considered two options:

Option 1: do what was considered “Gamification” (in today’s terminology)

Option 2: do what was considered “Esports” (in today’s terminology)

Both of them were relevant in my quest of making real life better through gaming (and ensure that playing games wasn’t a “waste of time.”).

Back then the esports industry didn’t exist, besides some serious matches of Starcraft in South Korea.

It was just more of a vision for me where, if videos games could be like a real sport such as Basketball, then there would be a real economy and ecosystem around it (Managers, Players, Coaches, Media etc.), and playing/studying games all day long suddenly became very productive.

It wasn’t unfathomable (despite sounding crazy to everyone I talked to – they thought I was just creating more excuses to play games). “Real Sports” like Basketball and Football are basically just games that people played for fun. But when enough people enjoyed playing and watching the game, it sets up a whole economy of ticket sales, advertisers, staff, dedicated venues, and cultural change.

It becomes “legit” and is no longer “just a game.”

As you probably know, I ended up choosing the Gamification path. As a result, I became a leading pioneer in the gamification space and am running many of the biggest gamification initiatives in the world (consulting company, the education platform Octalysis Prime, FB community). It worked out quite well for me, and I live every day of my life as a passionate gamer. Even Blizzard has sent their game designers to my workshops to learn about the Octalysis Framework.

But I sometimes can’t help but think about the other choice I didn’t make. If I chose to go down the esports path, I would also become an early pioneer in esports and today I may be running some of the largest esports infrastructure entities in the industry (I’m realistic enough to know that I wouldn’t become a pro-player myself). That would be tremendously fun too. 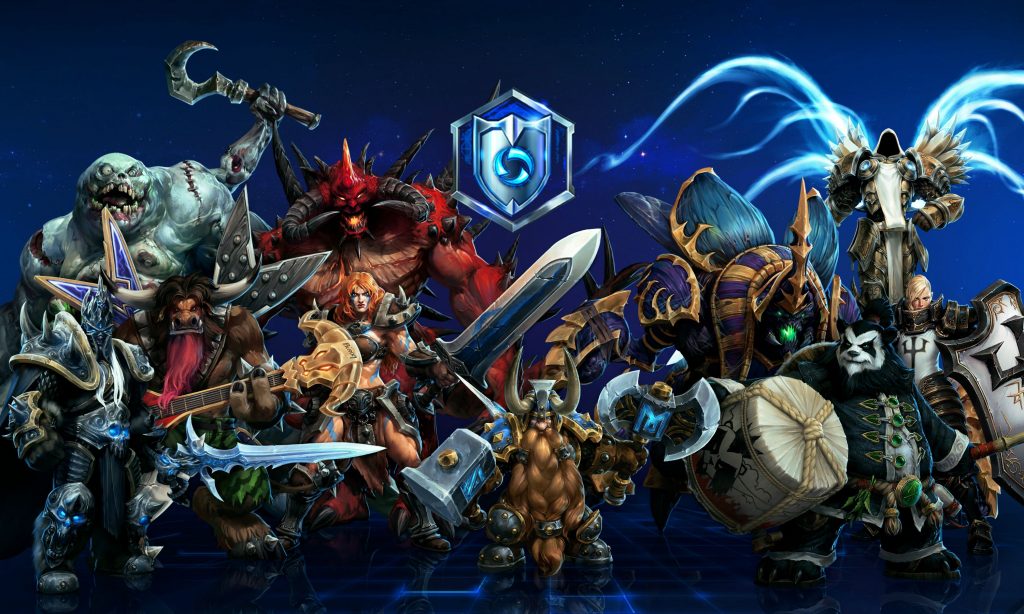 Luckily, because of how strong my gamification efforts are doing, I suddenly have the unique opportunity to go down the path I didn’t take.

We have now sponsored a team in the Heroes of the Storm Global Championship (HGC), the premier Heroes of the Storm competitive league from Blizzard Entertainment. Our team “Team Octalysis” (formerly Team Twelve) is currently a Top 3 Team in North America.

Team Octalysis has 5 amazingly hard-working players, a great team manager, a coach/game analyst, and media members – all there to support competitive play at the highest levels, engage the fans, and spread a little bit of Octalysis love.

Team Octalysis is officially competing in the HGC, where eight teams in each of four regions compete every week to qualify for international tournaments and a shot at a world championship.

Every weekend, you can tune in on Twitch.tv or the HGC Website to watch their competitions, support Team Octalysis, and muse over obviously less talented teams fight each other.

Exciting times for Octalysis and for Gaming!

Yu-kai Chou is an Author and International Keynote Speaker on Gamification. He is the Original Creator of the gamification framework: Octalysis, and the author of Actionable Gamification: Beyond Points, Badges, and Leaderboards. Yu-kai is the Founder of The Octalysis Group and has been a regular speaker/lecturer on gamification worldwide, including at organizations like Google, Stanford University, LEGO, TEDx and many more.