Home > Octalysis News > The Scientific Foundations of the Octalysis Framework

The Scientific Foundations of the Octalysis Framework 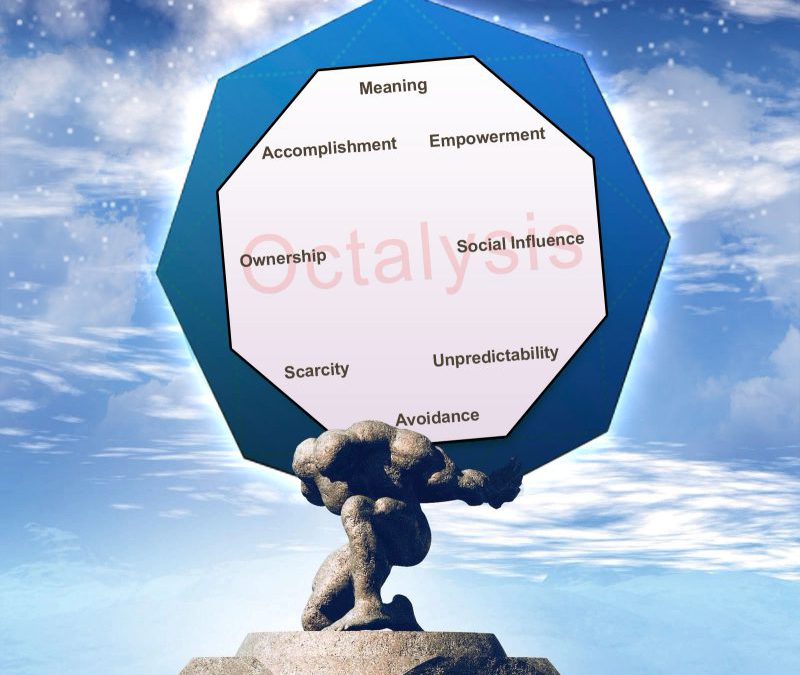 The Scientific Foundations of the Octalysis Framework

This scientific field studies the effects of psychological, social, cognitive, and emotional factors on the decisions of individuals and the impact of different kinds of behavior, in different environments of varying experimental values.  Behavioral models typically integrate insights from psychology, neuroscience and microeconomic theory; in so doing, these behavioral models cover a range of concepts, methods, and fields.

The Octalysis Framework most notably has incorporated crucial insights from Noble Prize winners (in particular Daniel Kahnemann and Amos Tversky) and other acclaimed scientists in the field (Richard Thaler; Robert Cialdini; Dan Ariely et al). Most of these insights pertain to heuristics and biases that lead people’s behaviors rather than rational analysis.

In particular: the Self Determination Theory (SDT) by Deci, Ryan et al. SDT is a theory of human motivation that concerns people’s innate psychological needs. It is concerned with the motivation behind choices that people. SDT focuses on the degree to which an individual’s behavior is self-motivated and self-determined.

In addition, The Octalysis Framework integrates insights from Flow Theory, by Mihaly Csikszentmihalyi. The flow state is an optimal state of intrinsic motivation, where the person is fully immersed in what he is doing. It is characterized by a feeling of great absorption, engagement, fulfillment, and skill—and during which temporal concerns (time, food, ego-self, etc.) are typically ignored.

We have been influenced by many other sources as well, in particular from the realm of Game Design and UI/UX Interfacing. Jesse Schell’s A Book of Lenses in particular has been valuable. We consider these sources very valuable but since they are not scientific, we shall not detail them further at the moment.

If you want to know more about the proven science behind our work and the Octalysis Framework itself, or how we can help you create great engagement please contact Joris Beerda: