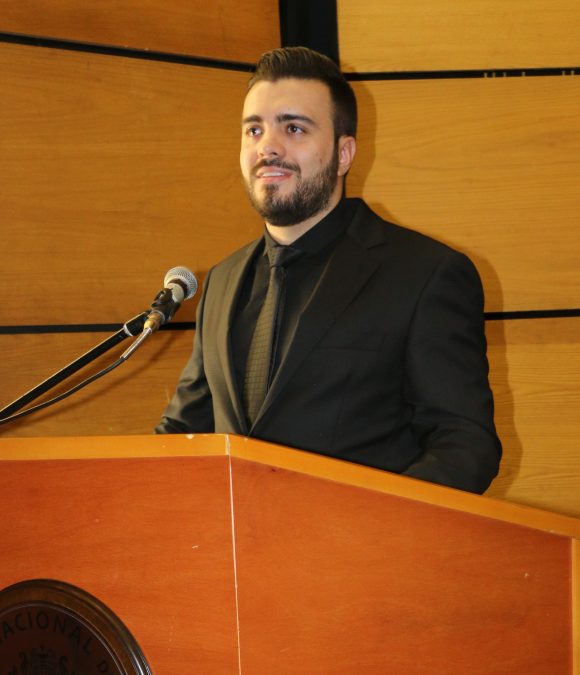 Simón is an Engagement Manager, Gamification Consultant, and Project Lead of The Octalysis Group. He was the project lead for the Microsoft Azure initiative and launched the Microsoft Learn platform to consolidate all of Microsoft’s learning assets in a single place. Microsoft Learn empowers users to interact with content for Microsoft products such as Azure, Dynamics, PowerBI and Microsoft 365 in a gamified way. Simón also was one of the main designers that created the Gamified Solution for Arcelor Mittal (Aperam), improving safety behavior for the world’s largest steel manufacturer.

Prior to The Octalysis Group, Simón was a Gamification Consultant and Designer and has helped many companies in eCommerce, Healthcare, Manufacturing, and Education across continents. He helped Purdue University launch Project Saksham, a gamified platform to help women in India get out of poverty through entrepreneurship. He also won the Top 3 Award two years in a row for the Octalysis Prime Design Competition regarding his work in redesigning eBay and Habitica.

Academically, Simón obtained a degree in Industrial Engineering in Colombia National University, the No. 1 ranked university in Colombia. He also received a research scholarship by Purdue University to focus on discovering the specific correlations between different socio-economic variables and the different player types used in video games and in Gamification.

On the side, Simón likes to acquire new languages (currently Spanish, English, French, German and a little Japanese), practice Competitive Archery (#2 in his region), play the drums/piano, and playing as a Masters Rank player in Overwatch.