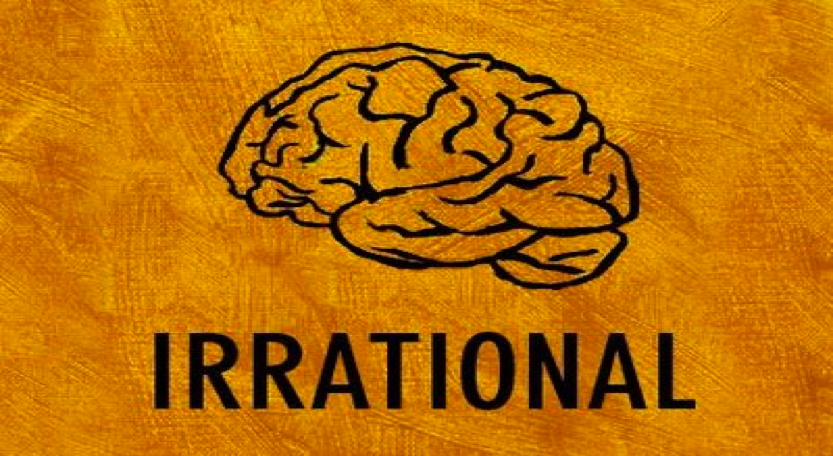 As many people know by now, the Octalysis Framework is based on scientifically proven concepts from the realm of Game Design, Motivational Psychology, Neuroscience and Behavioral Economics. We have a particularly close relationship with the latter discipline and if you really want to understand the background and practical implications of the Framework, we advise you to learn more about Behavioral Economics. This post may give you the impetus to do just that!

Although there are other books out there about the subject, we feel that Thaler’s book should be quite enlightening for the Octalysis enthusiast. It is especially insightful in order to understand Core Drive 4: Ownership and Possession, as well as Core Drive 8: Loss and Avoidance, and we will pay special attention to those Drives.

Behavioral economics has been battling to change perceptions of human behavior away from the rational and calculated behavioral models, mostly championed by purebred economists.
Economists see the world, and how humans interact with it, mainly in terms of choice optimization and equilibrium. Humans are seen as a rational “homo economicus” species whose combined actions will ultimately lead to equilibrium outcomes. In short, they are ALWAYS rational, have perfect information, and NEVER regret any decision they make. This paradigm has been ruling the way we structure our societies and socio-economical polices for more than a hundred years now.

There is, however, a problem with the economist’s thesis to explain human behavior: the premises on which its theory rests are flawed. Firstly, the optimization problems that people confront are often too hard for them to solve themselves. People just don’t know what the best rational choices are for most problems. Secondly, the beliefs upon which people make their choices are not unbiased but stem from a flawed, subjective vision of reality. And, finally, most economic models are simplistic and leave out many important factors that influence equilibrium. In short, we really cannot use economic theory to describe human behavior at all… Oops!

The simple fact is that humans are not robots. Rather, humans have limited time and brainpower. Therefore, they use simple rules of thumb or shortcuts— called “heuristics” in psychology— to help them make judgments. Using these heuristics causes people to make predictable errors. We’ll cover a number of heuristics here, and will relate these to the Core Drives of the Octalysis Framework. 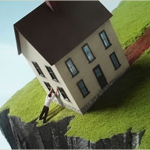 Prospect Theory: Loss and Avoidance and Ownership and Possession

Daniel Kahneman and Amos Tversky actually came up with a theory to predict actual choices that real people make under various circumstances of uncertainty: The Prospect Theory.  Finally, we had a theory about the behavior of Humans within economics. Behavioral Economics was born.

One of the central tenets of Prospect Theory is the fact that people’s risk perceptions relate very differently to gains than to losses. This stands in contrast to standard economic theory where a loss or gain are weighted the same. The difference between our perception of gains and losses has everything to do with the tendency of people to want to avoid losses (Octalysis Core Drive 8: Loss and Avoidance) as well as our propensity to value what we have more (Octalysis Core Drive 4: Ownership and Possession).

People will be risk-averse for gains (so they will not easily gamble to win), but risk-seeking for losses (easily gamble to avoid a loss). At the same time people are risk-seeking in dealing with improbable gains (so you would easily buy a lottery ticket for an unlikely win) and risk-averse in dealing with unlikely losses (so people get out and buy insurance they do not need for unlikely events). A complicated species, those humans huh?

People are keen to avoid losses altogether, so we are motivated to act in a way that feels risk averse. Roughly speaking, losses hurt about twice as much as gains make you feel good.

The below test pictures well how we feel about losing:

In order to avoid a sure loss of $200, most of us are willing to gamble to avoid it (even though the predicted value is the same).

But if we would have lost the money and had the chance to gain back what we lost, we would become very risky in our behavior and willing to take large risks to break even. This is when people sell their houses to get ‘even’ in the casino, with almost always disastrous consequences.

But not only gamblers suffer from this phenomenon. Professional investors also gamble when they are behind in an effort to break even. Mutual fund portfolio managers, for example, take a lot more risks in the last quarter of the year

According to Thaler: “A good rule to remember is that people who are threatened with big losses and have a chance to break even will be unusually willing to take risks, even if they are normally quite risk averse.”

When people win money, however, it also can lead to risky behavior. When we win money, our mental accounting system does not count this money in the same way as the rest of our money. No, we now feel we are playing with the “House Money” or free money and, again, are willing to play very riskily. As the saying goes: “In the end the house always wins!”

Also, people tend to stick with what they have unless there is some good reason to switch, or perhaps despite there being a good reason to switch. This is knowing as the “status quo bias” or “inertia.” This is similar to Octalysis Game Technique #85: Status Quo Sloth (http://yukaichou.com/gamification-study/8-loss-and-avoidance/#.Vl7Std-rQp8). 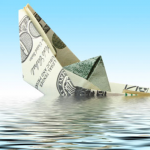 One last Core Drive 8 related principle that is important here is the principle of the Sunk Cost Fallacy. This standard economic term concerns a situation when an amount of money has been spent and the money cannot be retrieved, the money is said to be sunk, meaning gone. Expressions such as “don’t cry over spilt milk” and “let bygones be bygones” are another way of putting economists’ advice to ignore sunk costs.

Humans, however, have trouble with this concept and find it difficult to follow the advice to ignore sunk costs in practice: hence the term Sunk Cost Fallacy.

For Humans, sunk costs linger and cannot be ignored and mostly prevent us from behaving rationally. The Octalysis term Sunk Cost Prison (Octalysis Game Technique #50) is perhaps a better term as you are literally stuck in your sunk cost until you equalize it by conformist behavior in line with the invested energy. (Interestingly, the way to combat the Sunk Cost Prison is another Loss & Avoidance game technique called the FOMO Punch, or “Fear of Missing Out Punch.”)

You bought a ticket for that great concert but you can’t go due to an important personal event. How do you feel about the fact that you already paid for the ticket but cannot go. Standard Economics tells you to ignore it, as this is a Sunk Cost that has past. However, you notice you can’t let go of it. Unless you actually went to the event you won’t be able to settle this account without feeling you are taking a loss. Similarly, the more you use something that you have paid for, the better you feel about the transaction.

The Endowment Effect: Ownership and Possession

In various tests Thaler, showed that buyers of a range of goods were willing to pay about half of what sellers would demand. Again a contradiction to standard economic theories, and it clearly shows that people are risk averse to losing things and points at the direct relationship between Loss and Avoidance and Ownership and Possession.

Have you ever wondered why you get a free sample of a product? Or why that market sales man physically hands you that product you are interested in? The moment you interacted with it, you immediately start to value it more. If you thought that IKEA just gives you that Olmen cupboard in 100 pieces to save cost, think again! Because you assembled the product, you will value it (and IKEA) more. In the IKEA example, Core Drive 3: Empowerment of Creativity and Feedback leads to Core Drive 2: Development and Accomplishment, resulting in Core Drive 4: Ownership and Possession. See how many Core Drives are interrelated?

Octalysis and Behavioral Economics in Practice

So how do we actually design using some of the knowledge presented above? Well because Humans make predictable errors. If we can anticipate those errors, we can design to use these errors to nudge people to take desired actions.

We can use Loss Aversion heuristics to help people refrain from using cigarettes. Or we can create Fear of Loss design to make people deal with their inertia. Often we let people commit to small actions to increase their feelings of ownership over the products and policies we design, so that they value them higher and want to put more and recurrent energy in them.

Obviously, the Octalysis Framework goes much further than what is written in Thaler’s book. So for a full overview of how to apply behavioral science in creating engagement, please have a look at Yu-kai Chou’s Actionable Gamification, Beyond      Points, Badges and Leaderboards Yu-kai Chou Book

In his book you will find information about ALL the 8 Core Drives that play a role in our motivation.

For further information of all our biases and heuristics, please look at: List of Cognitive_biases.

For information on how we can help you create truly lasting engagement, please contact us: