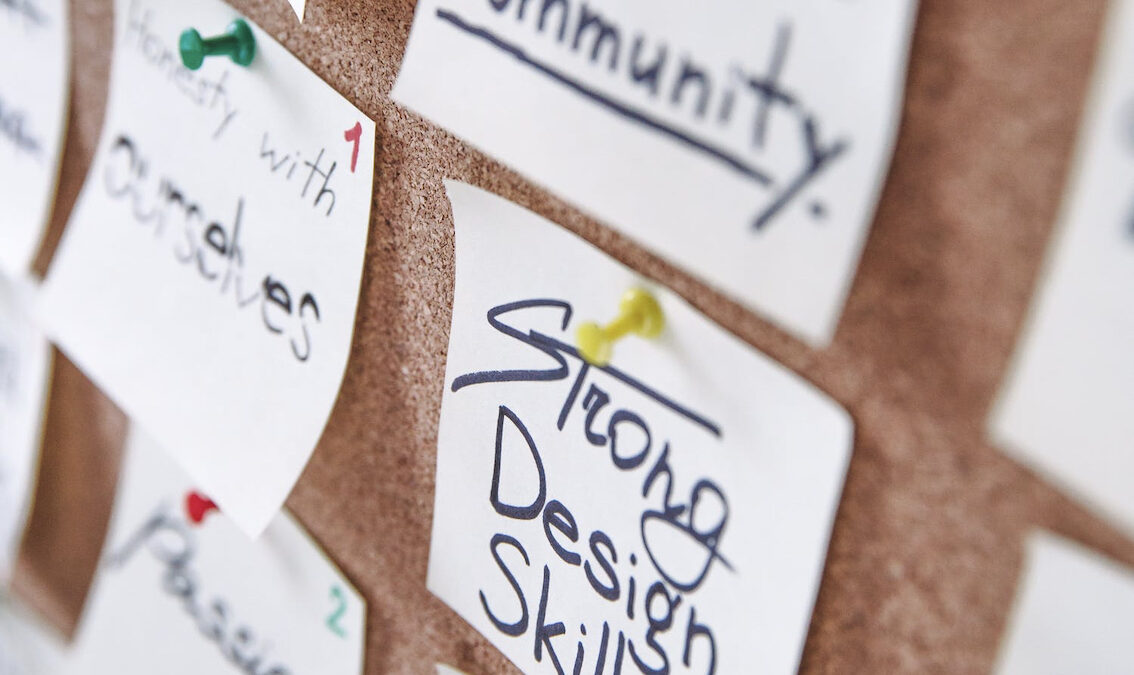 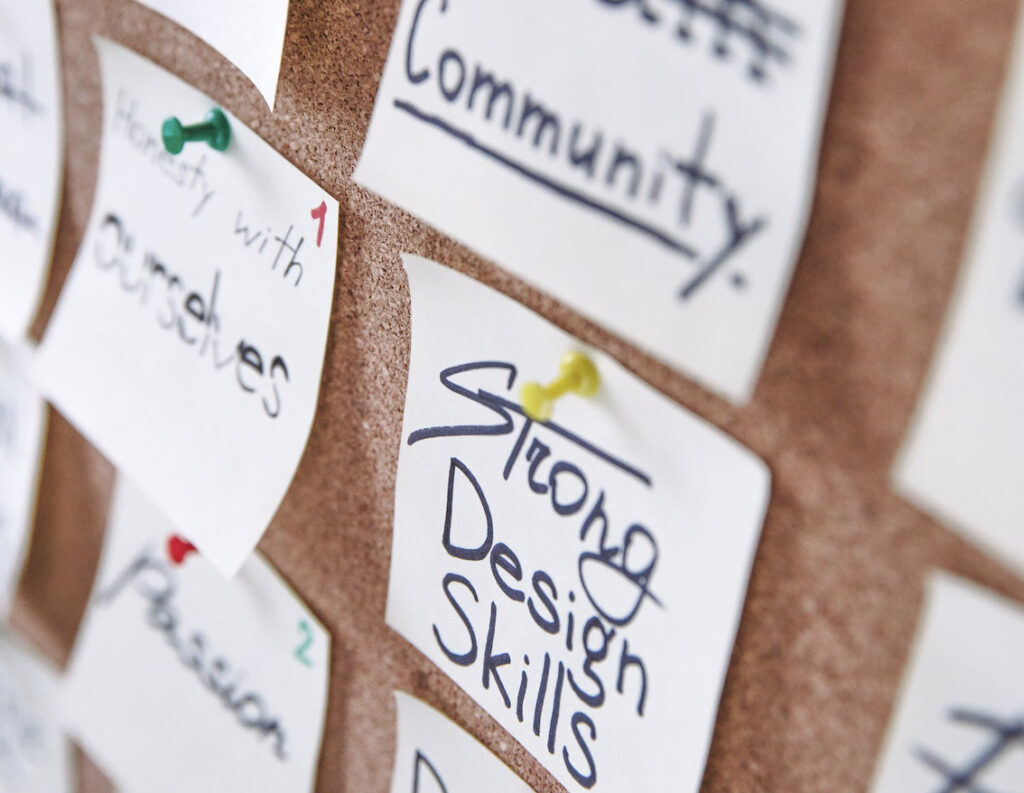 If you were the only person on the planet, would you care about your appearance? Would you care about taking pictures? Would you show food images to Facebook or Instagram if there were no other people with an account? In other words, how relevant is community engagement for you as a human being?

If you ask any handful of people what the greatest invention of all time is, you’d likely hear an echo chamber of the same response – “the internet” (possibly followed with a flippant “duh”). That’s because a major use case is social and community engagement. We can now effortlessly connect with people from every corner of the world.

While some argue that reliance on the internet (e.g., social media) has gradually eroded our social skills, community engagement is ironically the intrinsic motivator behind its widespread use. Companies

caught on and are now leveraging gamification to double down on community engagement.

Using Gamification in Community Engagement can be highly effective, if designed well (and often it is not). Find out here how to create the right design!

Not only are we “social animals” by nature, but we’re wired to be active in social contexts. So the major challenge is creating online learning communities that most closely bridge the gap between virtual and real social interaction. Many platforms have the right idea by using gamification techniques, including:

These game mechanics are inherently fun and engaging but they need to be implemented strategically. They look great on paper, but they’ll be just non engaging functional mechanics and features – without understanding how they interact with human motivation and behavior.

Think of these gamification tools as puzzle pieces. Without knowing what picture you’re creating, you’ll end up force-fitting pieces, damaging them, and ultimately arrive at some pixelated, Picasso-like painting.

And therein lies the problem with, for example, most online communities. Because these platforms lack the educational psychology background to effectively piece these game mechanics together, people often view them as “gimmicky” at best, tacky at worst. As such, you not only decrease community engagement, but engagement with the product itself.

Listen up, because this single secret will really put things into perspective, going forward:

Unlike technology, which is ever evolving – our psychological hardwiring is pretty much set in stone. Community engagement has always been core to who we are. And I don’t see that changing in the foreseeable future (social distancing be damned!).

So, at the risk of sounding crass, empowering your learners or “players” actually involves robotizing them. Allow me to qualify that statement. We don’t assume that people will just interact with your platform just because we tell them to.
Rather, you empower community players by leveraging what’s already inside them. The human inside with all its biases, wants and needs. Like this we create community engagement by “pressing” the eight behavior buttons.

At Octalysis, we call these buttons, “The 8 Core Drives” of human motivation. They are:

Together, these 8 core drives make up our Octalysis Framework for Gamification & Behavioral Design. In terms of increasing community engagement – at least one of the core drives must be present for a desired action/response. Put simply… No drive? No dice!

In the rest of this post, I provide 4 key strategies for empowering your learners and enhancing community engagement. These tips place many of these core drives into context.

Think of sports games, any sport. For example, it’s one thing when you were playing soccer in PE with your peers. But it’s another when you’re a pro and you are representing your entire country. Sure, soccer might be fun in and of itself because it’s cooperative and competitive (Core Drive 5). But at the national team level, you have two core drives at play: Core Drives 1 and 5.
How does Epic Meaning and Calling (Core Drive 1) come into “play” here? Because you’re one of the “chosen few” who’s been “called upon” based on your “uniquely superior ability” to represent your whole country. Players battle like there are two countries at war, like the threat of an authoritarian regime hangs in the balance. Core Drive 1 is precisely why championship finals are often the most riveting games to watch; players are motivated beyond average to “fulfill their ultimate purpose”. It’s the ultimate test. Plus, with an entire country rooting for them, they’re socially swayed by the fear of disappointing others (Core Drive 5).

In the context of online learning communities, this is where storytelling comes into play. To enhance community engagement, you need to contrive this feeling of “being specially called upon to fulfill some higher purpose”. Fortunately, you’re fully in control. You can create a storyline with a desired ending that learners must achieve. Like storytelling, defining and assigning characters to your online community members is crucial..

The soccer example holds here as well. For example, whether you’re playing in a stadium or gym class, Core Drive 5 is made manifest through competition and cooperation. First of all, playing on a team fulfills our intrinsic need to feel accepted and needed. And though competition is seemingly opposite to cooperation, the presence of a “common enemy” further reinforces this feeling of being needed and accepted.

That said, if you already feel accepted, what would motivate you to be better? Aha! That’s the other side of the coin – competition. But you don’t want to overuse competition in your gamification approach – too much can breed bitterness, envy, and other discouraging emotions. Either way, social influence and relatedness is the biggest “brain button” to push when fostering community engagement.

And the best part is that it’s super easy to do! For example, you can divide your learners into groups and they can collectively accumulate points as they complete course objectives. Like trivia, the team with the highest points wins. Therefore, competition is there, but the focus is on making yourself valuable to (and thus accepted by) your social sphere/team. Leaderboards, points, and badges are great here!

But another invaluable feature of incorporating teams and competition is that – from a cooperative standpoint – you become empowered to creatively solve problems with your team, in both practice and competitive settings (Core Drives 2 and 3). Not to mention the encouraging and constructive feedback you receive from teammates, as well as indirect feedback from competitors (Core Drives 3 and 5).

Strategy 3. Switch spots and put learners in the driver’s seat

One of the best things about gamification is that you’re in control of the outcome, but in a very subtle and engaging way. That said, people tend to be more motivated when they “own” something (Core Drive 4). Funnily enough, this brings to mind the bystander effect. For instance, no one is motivated to solve or “own” a problem that seemingly isn’t theirs.
But here’s a better example. Let’s say you’re a business owner drowning in work. You want to hire help, but you’re afraid that no one will be as motivated to work as hard as you. After all, win or lose – they’re still getting paid the same. In that case, you could let employees own business equity or shares.

Once you give them a piece of the pie, they’ll not only take pride in their work (Core Drive 4), but they’ll be rewarded for it. The successes and failures of your business are now “shared”. As such, your employees will be intrinsically motivated to avoid loss (Core Drive 8) and do what it takes to overcome challenges (Core Drive 2 and 6).

Most online learning communities have discussion forums, which are great for building community engagement – that is, when learners actually interact on them. It’s natural to get the ball rolling with a discussion prompt here and there. But you’ll be surprised what happens if you simply “set it and forget it”.

For example, learners or groups of learners take turns with question prompts and guiding discussions. They’ll be way keener to see what other students are saying in response to their discussion prompt. What’s more, other learners – whose turn to guide discussions is coming up – will be likelier to engage if only to get ideas, compare themselves (Core Drive 5), or learn how it works.

In real life, social and community engagement is non-linear and thus unpredictable (Core Drive 7). As such, human motivation thrives in these conditions. Imagine a conversation with someone who is so predictable and boring that you always know what’s coming next. How motivated would you be to talk to him/her again? Not very, I bet. Even if he/she is the sweetest sweetie in the world, is it the best investment of time when you already know what’s coming your way?

That’s why your gamification design should be non-linear. In the case of a learning platform: if two learners are taking your online course side by side (e.g., they signed up together), their individual choices should lead them down different paths (Core Drive 3). By creating branching scenarios and divergent pathways, there’s less chance of “spoiler alerts” for what comes next. This keeps your community engaged and learners hooked. You even create opportunities for different learners to share their unique experiences on the forums (Core Drive 3 and 5).

Learners will be naturally engaged due to the points of contrast and comparisons in their particular learning environments. They might even feel like they’re missing out (Core Drive 6) by not having had your specific experience. They might even think, “Cool!”, let me go back and see if I can trigger the same feedback or what happens when I open door B instead of door A.

If you’d like to maximize community engagement, it’s not enough to simply host a forum on your platform! It almost becomes ornamental, like some benign decoration or tacky gimmick. Rather, you need to view the bigger picture of gamification and strategize before assembling the puzzle pieces.

Want to know how we work with clients to design high ROI community engagement? Give us a shout and we’ll help you out!