Facing mounting scandals, can Facebook weather the storm with Gamification? 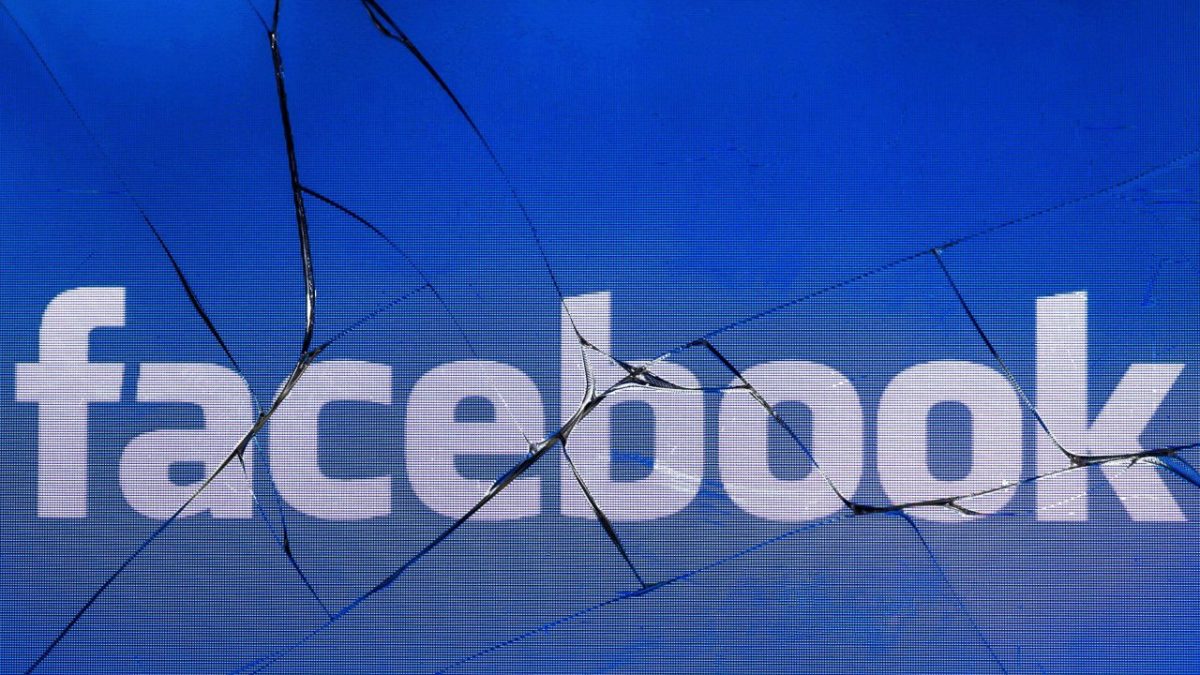 Facebook should be worried. While they haven’t lost users, their users growth rate has slowed. They have been fraught with scandal, government investigations, and links to political tampering. Public perception keeps getting worse.

User retention is primarily a problem of user motivation. The Octalysis Framework includes the 8 Core Drives of human motivation, and these drives affect a user’s motivation to take an action. For example, on Facebook when you want to scroll down and see the next news story or post from your friends, you’re motivated by Core Drive 7: Curiosity and Unpredictability as well as Core Drive 5: Social Influence and Relatedness.

Learn more about the Octalysis Framework and Core Drives here.

The Octalysis framework is robust not just because it’s comprehensive, but because it can be applied to any kind of scenario, including those where outside forces affect a product in surprising ways. 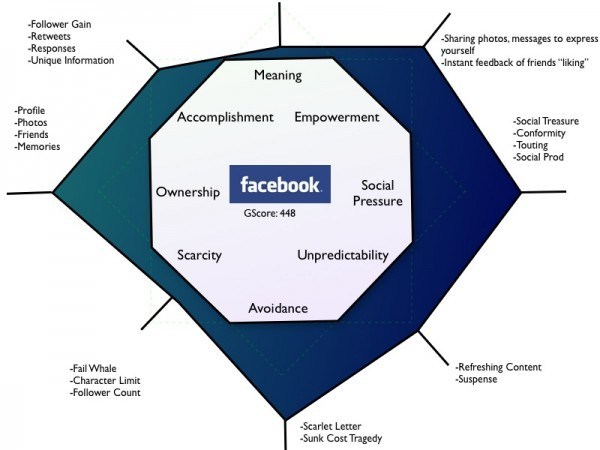 What Facebook doesn’t have much of, is Core Drive 1: Epic Meaning and Calling. This core drive motivates you to act because you feel part of something bigger than yourself.

What does scrolling through your friend’s vacation photos or thoughts about their latest meal have to do with an Epic Meaning and Calling?  Nothing yet,. but a desire for identity privacy and belonging to a different world based on transparency is fast becoming commonplace among social media users.

Users always have the choice to opt-out of any experience.

Facebook’s strong use of Core Drives keep users coming back day after day, but Core Drives can also cause users to do the opposite. A user’s own privacy needs can create an Epic Meaning that causes them to opt-out.

Why? As Facebook erodes trust in its users through scandals and investigations, it strengthens the Epic Calling of those users who want a better platform. This leads to an increase in Core Drive 8: Loss and Avoidance and so, they opt out thinking, “I want to see what my friends are up to, but I also want to live in a world where a platform doesn’t sell my information.” 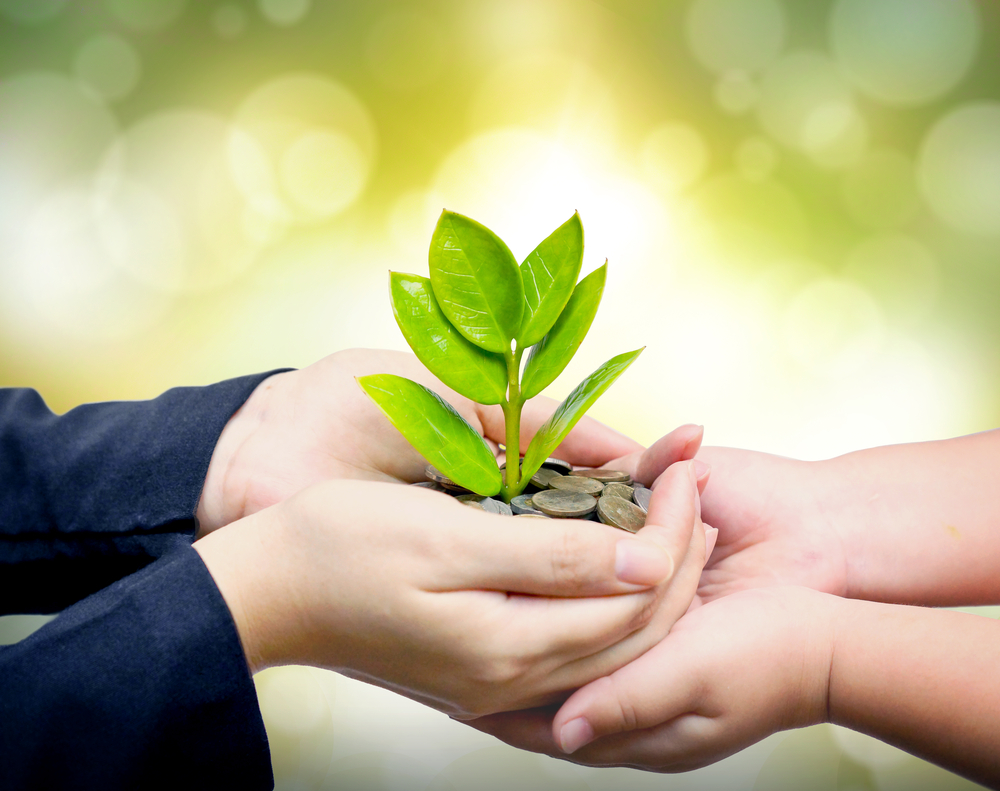 The easy – but wrong – answer is to try to appeal to or strengthen Core Drive 1 to try to neutralize the effect of a user’s motivation of Loss and Avoidance. One way to do this is to show ways that Facebook is fighting the invasion of privacy, or in a more blunt way, helping starving people around the world. They have already started doing this, with their petition creating system.

But, this could backfire. Appealing to Core Drive 1: Epic Meaning and Calling has to be believable in order to be motivating. Facebook doing a 180 degree turn and trying to become a bastion of integrity will likely ring hollow in the minds of its users.

In addition, the fundamental problem is that Facebook’s business relies on advertising, so it would be impossible to truly divorce themselves from selling user data. That’s likely one of their top business metrics.

Another option is to use a game technique called Choice Perception (it’s also called Poison Picker, but that name is a little too on-the-nose applied here.) Studies have shown that people are more likely to enjoy something more when presented with a choice, rather than being forced to do that something only one way. Choice Perception is when you present a user a choice that has no meaningful effect on their experience. The perceived choice itself, and the feeling of empowerment it gives, is the point.

In the case of Facebook the choice could be either:

But, this too could backfire, since users would be starting the interaction from a place of distrust. Force them to pay for true data ownership and they might feel as though they are being asked to pay for something they believe they should already have. This would inadvertently strengthen their Core Drive 8 motivation to opt-out.

Facebook still has a huge user base, but now they are in a weakened state. We’ve seen the story over and over again of giant companies being taken down by competitors who offered something better. Just contact Tom at Myspace. You’ll probably be able to find him on Facebook.

External factors are always shifting the balance of Core Drives. How long before a social network comes along that offers users true digital ownership of their data? Many companies are developing blockchain-based alternatives where true data ownership is baked into the design of the platform itself along with alternative ways to generate income besides advertising.

Changes come from policy as well. The new GDPR rules – and its ramifications – are just now coming into effect. It’s a deep web of regulations to parse through, but it tightens up regulations around data privacy. Just one change like this could have severely damaging implications to any data-privacy business. The game is always changing.

To get themselves out of this mess, Facebook will have to do something different.

Here’s an idea. What if instead, Facebook appealed to this idea of data ownership? What if they gave users the ability to be business partners?

Facebook makes money selling user data. But, imagine if they gave total data permission to each user. Then, each user could act as an information broker and offer to give people a percentage of the sales of their user data to advertisers. Of course, users could opt-out and decide to only have ads, but retain full ownership over their data.

This would be an actual empowering choice, not just a Choice Perception. This would strengthen Core Drive 3: Empowerment of Creativity and Feedback. Users would be owners of a product (their data) and charge Facebook a commission to use that product. The amount they make could also increase as their network value (amount of connections, value to advertisers, etc) increases. This network value could be made available to them and they could be offered recommendations about how to increase it in the form of quests.

These suggestions are just the tip of the iceberg. A full redesign would need to happen to make this restructuring fit organically into the Facebook experience.

This might make Facebook lose money in the short run. But in the long run, it would strengthen the Core Drives of their users and make the company much more resilient to all the unpredictable externalities. When we work with companies, we always design and give recommendations on how to engage users in the long term.

Whatever they do, business as usual will only work for so long.

Is business as usual working for you? Or do you want something you know is going to keep your business and users going long term?

Contact us to see how we can help drive authentic engagement from your users while improving ROIs for your company. Scandals optional.